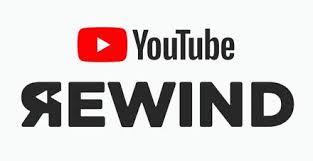 Matt Z. and Jakob B.

At the end of every year Youtube releases a video called the “Youtube Rewind” which is a video ranging from 5 to 10 minutes long and contains some of the most liked and viewed videos/creators that Youtube has to offer. The first version of the Youtube rewind was published in 2010 and it includes an opinionated countdown of the best videos that Youtube (up until 2010) had to offer. The Youtube rewind was a hit for a while until the release of Youtube’s 2018 rewind.

Youtube’s 2018 rewind was one that many were looking forward to but Youtube dropped the ball. The video featured the most popular trends that happened throughout the year and raked in 2.7 million likes, which is a lot right? No, the number of likes was minuscule to the whopping 17 million dislikes the video went on to accumulate. In fact, the 2018 rewind actually took the cake for most disliked video on Youtube surpassing the previous record-holder “Baby” by Justin Beiber that held a total of 7 million dislikes. Youtube responded to their user backlash by saying, “the firm is pleased with the performance of the clip.”

Currently, the top comments on the 2018 rewind are from the users “PendragonAndJenkins” and “TheFatDog.”  PendragonAndJenkins said, “current rewind: 16 million dislikes. 2019 rewind: Comments are disabled.”  TheFatDog had said, “the only reason this is getting views is because people keep coming on to check the dislikes.”  If you can not tell already, nobody seemed to enjoy either of the rewinds the past two years. In fact, the 2019 rewind is already at 7.1 million dislikes, which is a huge amount considering the video was only December 5th, 2019.

According to most comments and personal experience of watching the 2018 rewind, it’s obvious reasons as to why it is not favored. The eight-minute and fourteen-second atrocity consisted of constant Fortnite references, K-Pop, Mukbangs, ASMR, and more cringe worthy Youtube trends. As 2019 comes to an end and 2020 begins, the 2019 rewind is expected to surpass its earlier counterpart and break the 20 million dislike threshold.