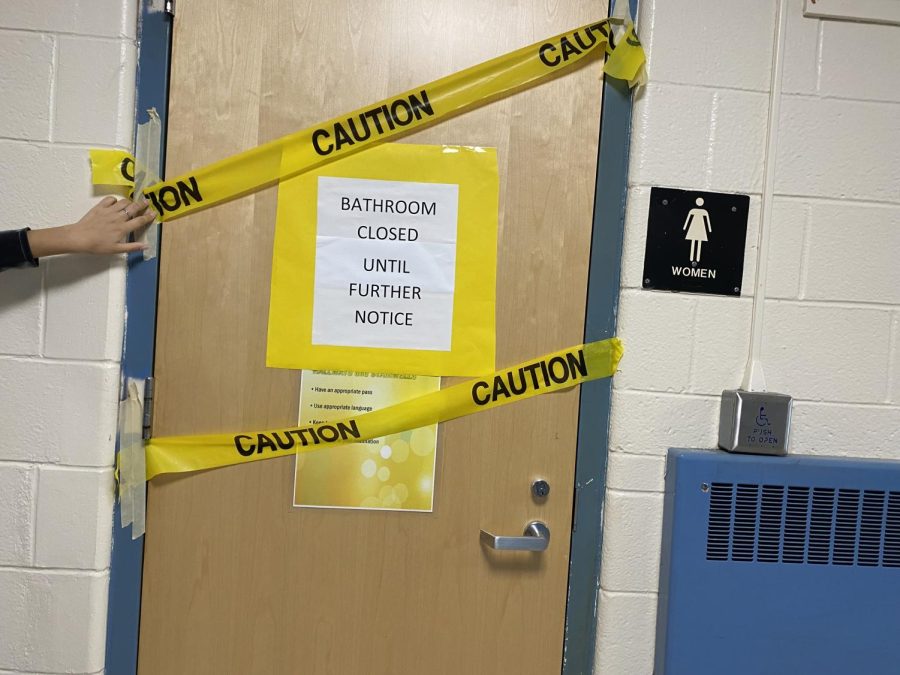 How many students can use one bathroom?

During the third week of school, there was an announcement: the bathrooms had been vandalized and almost all of them were now closed to the student body. This all started because of a TikTok challenge called a “devious lick”. The challenge originated on September 1, 2021. The user who started it goes by jugg4elias. A devious lick is when you commit mischievous and damaging acts at school. Some things people have stolen are soap dispensers, mirrors, ceiling tiles, and even toilets. This isn’t the only dumb social media trend that people have followed.

At this very high school, students stole and damaged our restroom. The vandals had taken mirrors off the walls, and reportedly took ceiling tiles. We got to speak with Vice Principal Ms. Zamarra regarding this matter.

Ms. Zamarra stated that she was, “disappointed and shocked that several students would do that.” Not to mention that it was inevitable that perpetrators would be caught as the school has “many ways to find out everything.”

The students who vandalized the restrooms now have to face the consequences. Ms. Zamarra explained that the consequences ranged in severity from a Saturday detention to a suspension, and in some cases students had to pay restitution. However, the students at Point Pleasant should be lucky that they didn’t have to face more severe punishment.

This vandalism not only affects the students that committed the crime, but the entire student body is now paying the price as they need to walk around the whole school to find the only open bathroom. Students must sign in and out to use the bathrooms. There is more security to make sure that no one ever pulls a stunt like that ever again. Additionally, teachers have less trust in students than before.

In conclusion, the “devious licks” trend was inappropriate and unnecessary. Students in high school  should know better than to pull a stunt like that because everyone must deal with the consequences.