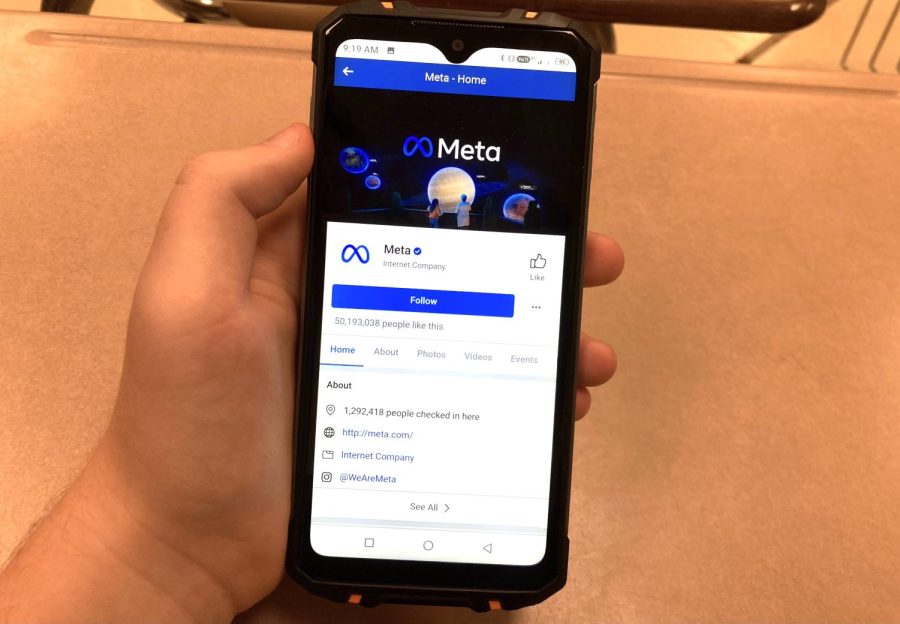 Everyone and their grandparents have heard of the social media platform Facebook. Heck, they may even be using it at this very moment to get their daily dose of virtual tabloid news. Jokes aside, it is one of the top media companies of all time, starting out as a college site built to connect students to potential new friends and clubs. Once it’s creator, the ever-famous Mark Zuckerberg, expanded the goal of the site, it exploded in prominence, growing to encapsulate VR technology like Oculus. So why would they seemingly retire the ever-famous name that made them so iconic in the first place?

Before I get ahead of myself and lie to you, I do have to specify something. Facebook and Instagram aren’t changing names, it’s the parent company. It’s like with Google changing the parent company being named Alphabet in 2015. Moving ahead of that, what about the most gripping question: why even change the name to Meta? Well, it all has to do with a company-backed goal for the future internet: the Metaverse. A 3D virtual space that can be used for anything you can dream of. Zuckerberg himself stated on the subject, “In this future, you will be able to teleport instantly as a hologram to be at the office without a commute, at a concert with friends, or in your parents’ living room to catch up.”

Are there examples of the Metaverse already? Well, actually, yes. Fortnite and Roblox are examples of what might come from the Metaverse. Both are large community games where nearly everything is possible, and they even manage to get big name celebrities and music stars to have events on their platforms. Roblox itself even briefly took up building the Metaverse, confusing most players when they saw the various descriptions and definitions offered by the company. With one of the biggest companies in the world backing the idea, there’s a high chance that Facebook can make this crazy idea come to reality… but how?

You may remember that Facebook bought Oculus a couple of years ago. Using the VR technology that was acquired by this purchase, there is a good chance that an affordable portal to the rest of the world could result from the hefty investment they would have to put in. A certain game called VR Chat is a good example of what it may become. In the title VR Chat, a number of players enter digital worlds with any avatar of their choice and interact, often getting into hijinks. Knowing Facebook, replicating this kind of formula wouldn’t be hugely difficult, even if they’d need to change a few elements to appeal to a larger audience. From there, the rest of the Metaverse could be opened up through the platform, and a Roblox/Fortnite approach to events would really seal the deal of the Metaverse. Sounds easy, right?

There’s actually a reason that Facebook, now Meta, is undertaking the mass burden of this idea; some experts estimate that it could cost up to 50 billion dollars. Yes, billion. Not many other technology companies can simply throw away that much on such a project. With Meta’s massive income, it wouldn’t be too crazy an investment. CNBC gives us a solid number, saying “The company reported revenue of $26.17 billion for the quarter, which was up 48% compared with a year prior. Facebook’s net income grew 94% to $9.5 billion, from $4.9 billion a year prior.”

So, we know how they’ll do it, and that it’s entirely possible to make reality. Now the last question is… why?

Well, I have a variety of theories for why Facebook made this huge change and to invest in an untested, expensive idea. While Facebook is hugely successful, a company always has their eyes on the money. If the completion of the Metaverse lives up to the hype, then Facebook’s 50 billion dollar investment may easily reach the point of extremely high profits. Not only that, but they will have total control over this new system as other companies build their own interpretations, and then experience a huge fight over which company can truly take the title. However, my theory is that this move was made out of desperation. After a huge stock crash during a Facebook service outage, and the rise of worker safety culture, Facebook as a company needed to find a way to keep it’s image healthy in the public. The ideal way to do so would have been attracting some positive press from reporters with a name change and a bold new direction.

There’s SO much more about this whole story that I didn’t cover. There’s the whole thing where the company name is already being used by another company, and the fact that this plan has possibly been in talks since 2014. In truth, covering the whole topic in a comprehensive way would take ages. I do hope that what I did share with you tells you what you wanted to hear regarding the change. It’s entirely up to your interpretation what it means and why it happened, so think about it. Meanwhile, I’ve got some preparing to do before our future robot overlords figure out how to abuse this whole Metaverse thing.