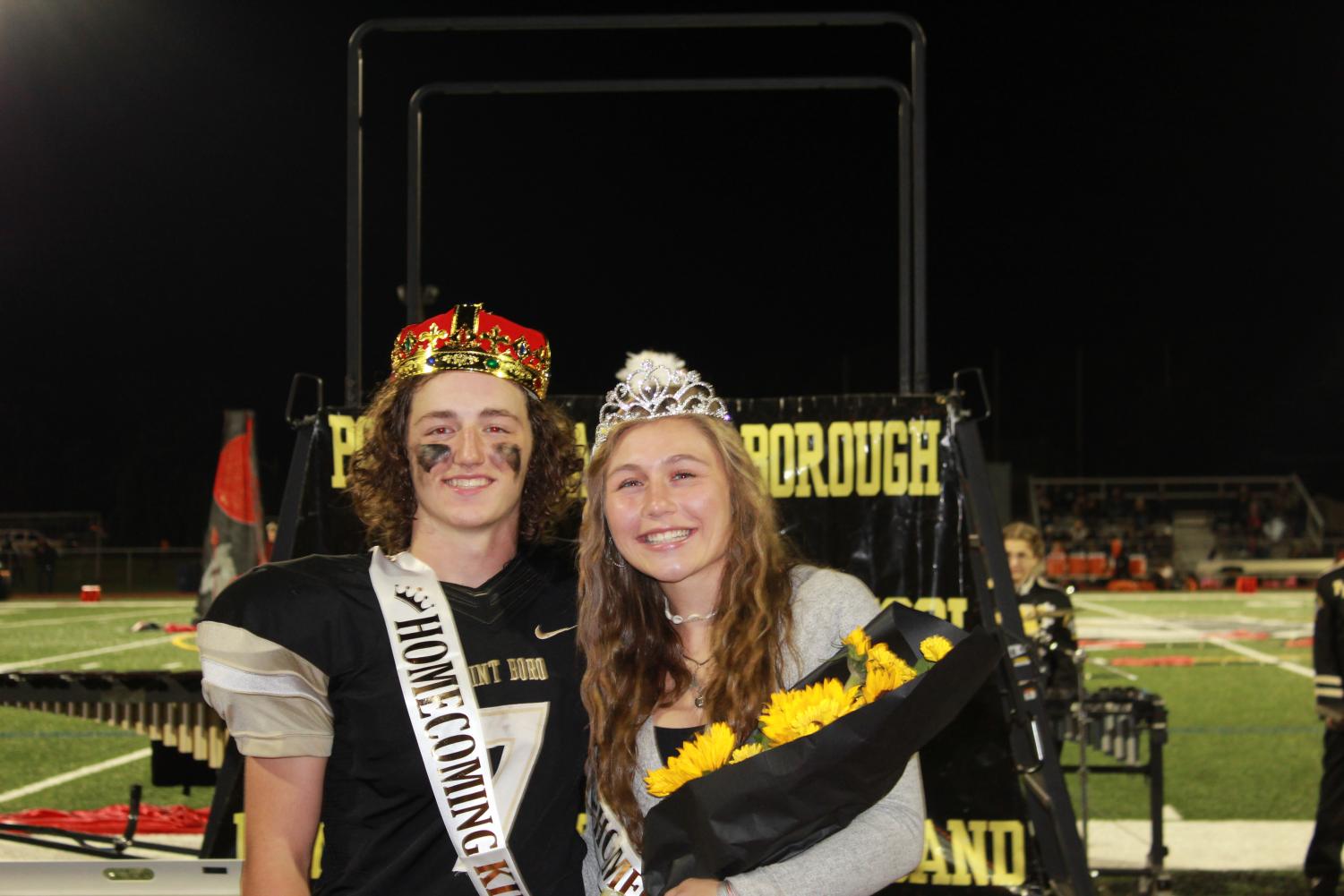 And the Winners Are…

Emily B. and Anthony DS.

I was surprised and excited! It was cool to go up there in front of the town and represent our school”

At the Homecoming Game on Friday, October 19th, the PPBHS Panthers versed the Barnegat Bengals. During half time the Homecoming King and Queen were announced. The ceremony began as the court members paraded to the risers and posed in front of the crowd to await the crowning of the King and Queen. Seniors Christian Aurin and Morgan Woods took home the crowns.

As a whole, the members of the court were honored to be nominated and grateful for the opportunity. Describing her reaction to winning the crown, Homecoming Queen Morgan Woods explained, “I was surprised and excited! It was cool to go up there in front of the town and represent our school.”

“The whole homecoming experience was a surprise to me. It was amazing to be selected by my teachers for who I am. I couldn’t be happier. The whole buildup to the announcement and being out on the field with the rest of the court was something I’ll never forget,” Homecoming King Christian Aurin recounted of his experience.

The Homecoming Game has always presented a large turnout in attendance, where students cheer on their fellow seniors being crowned. Throughout the event, the atmosphere is saturated with school spirit. Homecoming Week offers an opportunity to bring the entire PPBHS community together and demonstrate how proud we are to be Panthers.